The U.S. solar industry saw a heavy slowdown in 2017. The utility sector returning from orbit after their massive 2016, and a market evolution away from leases toward cash purchases caused a 16% tightening in residential. The commercial market bucked the trend though and grew from ~1,650 MW to ~2,100 MW, about 28%.

GTM Research defines a commercial solar project as one that isn’t a residential deal, and also doesn’t sell its electricity to a utility. The direct off-taker of the project drives this decision, not a PPA buyer offsetting their usage, meaning many corporate buyers of solar electricity are left out of this list.

The list of 15 companies totals just over 1,000 MW of projects participated in. 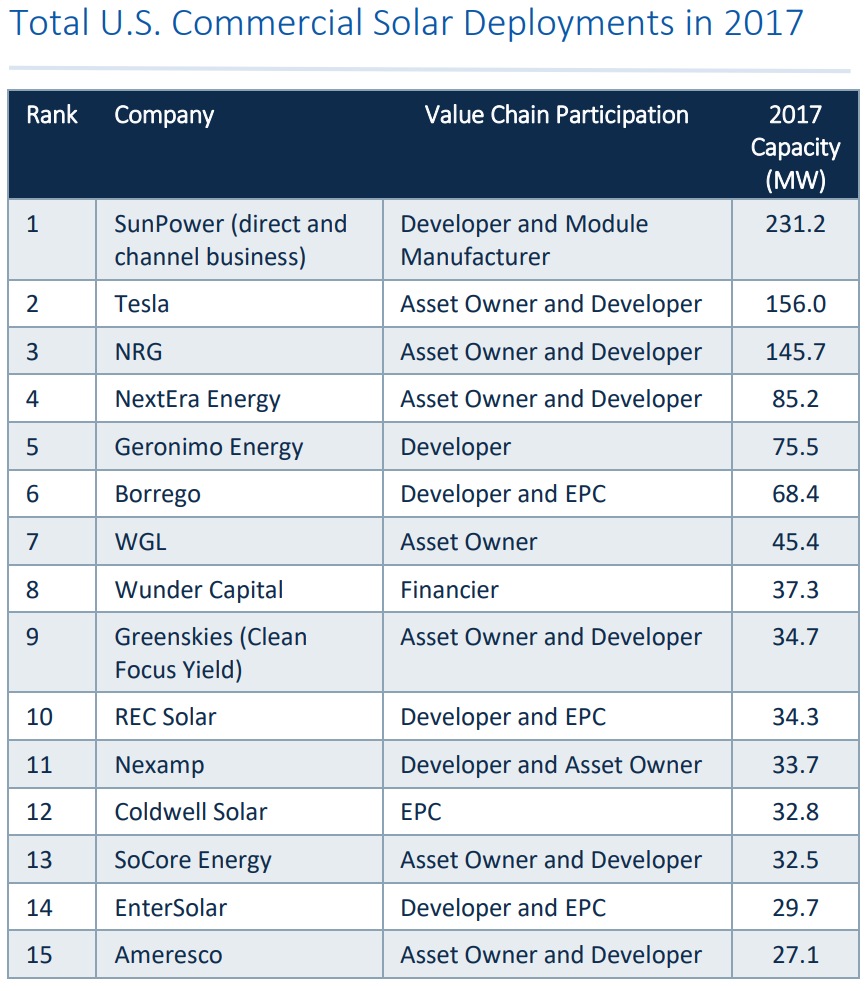 The Solar Power World list also shows that the breadth and depth of the commercial market is far beyond this GTM Research that is focused on the activities of the top 15 companies. Smaller to medium-sized projects in this sector tend to be financed by local bankers, and ‘developed’ by the local solar EPC as they work through the process directly with the building owners.